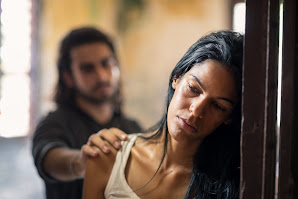 Crimes of family violence, or domestic violence, can result in huge punishment for alleged offenders, and they also can result in long term and far-reaching consequences. If you are accused of assault of a family member in Texas, it is critically important to hire a lawyer to try and fight to get the criminal charges dismissed to avoid the possible damage to your reputation and criminal record. If necessary, you may need to fight your case at trial to try to get the best result.

According to Texas Family Code § 71.004 family violence is defined as:

Examples of how a domestic violence conviction can affect a person’s regular life include:

Subsequent Offenses Can Be Enhanced to Felony Charges

An affirmative finding of family violence on even a Class C Misdemeanor could allow the state to file a subsequent family violence case as a felony charge. Additionally, family violence charges cannot be expunged or sealed from your permanent record, so the conviction or even completed deferred probation will permanently tarnish your reputation for life.

If you were recently arrested for a crime of family violence in the greater Houston area, you should quickly seek legal representation. Call James G. Sullivan & Associates so you can have the best chance of possibly getting your criminal case dismissed.

Our law firm understands family violence charges are extremely personal in nature and knows how overwhelming it can be for a person to try and resolve these problems on their own. We can be by your side throughout the court process, and we review your case as soon as you call (281) 546-6458 to schedule a free consultation.

A domestic violence conviction could result in some of these possible consequences on work:

If you are unemployed, it is crucial to know that a domestic violence conviction could affect your ability to find a job. The family violence charge will show up on most background checks and some employers refuse to hire a person because of such a conviction.

All Criminal Cases Including

All Juvenile Cases Including